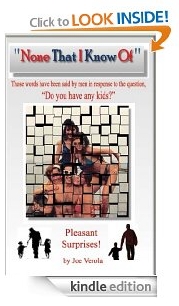 Hi My name is Karen Hansen I am 30 years old.

I was born in Mabalacat Panpanga, Philippines on November 28, 1985
My mothers Maiden name is Ana Danez.
My father could have been in the military stationed on Clark Air Force Base. My mother is very vague on the details but I am trying this to see if it sparks any ones memory of her.
I am 30 years old with 2 beautiful children one of which has blue eyes I am half philippino so it was a shock to see. I want to see what part of me gave her those blue eyes and if my kids look like the other half of me.
My adoptive father Greg Hansen was an amazing dad who treated me like his own. He gave up his life 2 years ago. Leaving us behind. It devastated me.
I want to know who my father is and if he wanted to walk away or if he would have had a chance would he have stayed in my life. I just want to know.
This is what I look like today. Do I have your features? Alot of people say I look like my mother? Do you recognize her in me? Please find me.

Semi-retired and looking for kids I don’t of, while running for Florida State Representative for District 36. I have just publishing written None That I know Of. Previously published The American Idol Book, How To Become A Movie Star In Ten Steps which are all available in paperback or on Kindle, and can be purchased at Amazon by going to www.NoneThatIKnowOf.com, www.TheAmericanIdolBook.com, www.ten-steps-to.com. I also created and produced Free HighTM, a series of motivational CDs. Free HighTM Free High Cannabis, Free HighTM 100% Proof and Free HighTM Natural all designed for individuals, parents and employers to aid children and employees to avoid and or quit drugs and alcohol. By listening to Free High Memory Recall CDs anyone can gain the ability to recall and re-experience all the aspects of being high on pot, alcohol and or on life that they felt they needed to experience those God given feelings of patience, concentration, self discipline, confidence, awareness, emotions, objectivity, creativity and energy without wanting to or requiring drugs or alcohol and it's LEGAL!. All available at www.FreeHigh.net. Original screenplays I have written include: Commune-a-Vision, The Beggar's Ball, Don't Cry Pop, Out of Control, Twisted Emotions, and You're a Dog. I have attended New York City speech and acting classes and studied at the Weist-Barron School of Television for commercial acting. I have also performed stand-up comedy at Catch A Rising Star, The Improv, and other comedy clubs. Prior to moving to Hollywood, I lived in New York City, where I provided industry software for film production companies, commercial production companies, and writers. View all posts by parentsearch